The contradiction of the Pillar of St. Veronica 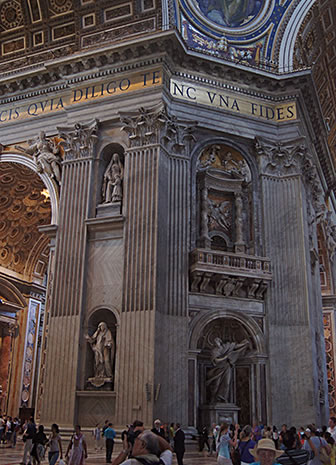 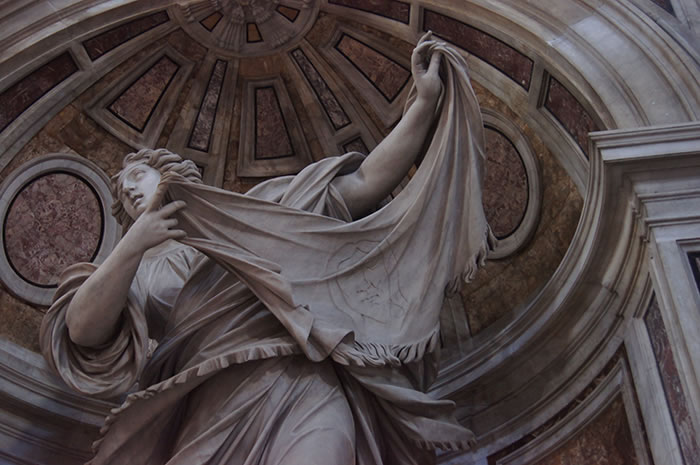 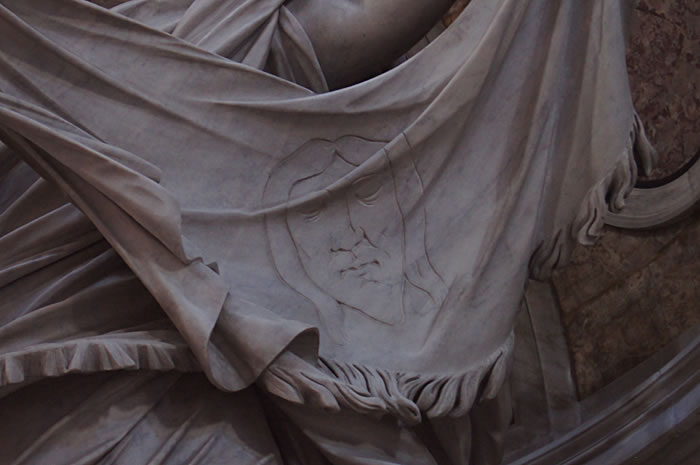 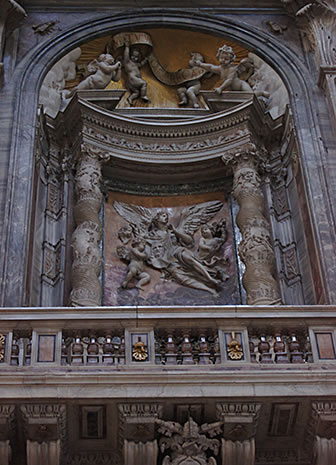 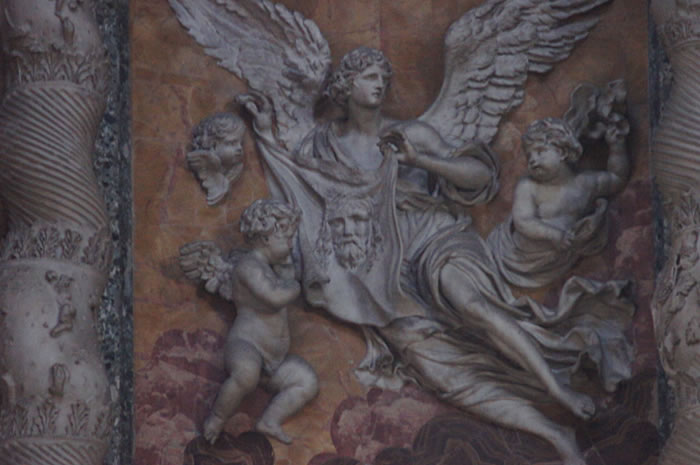 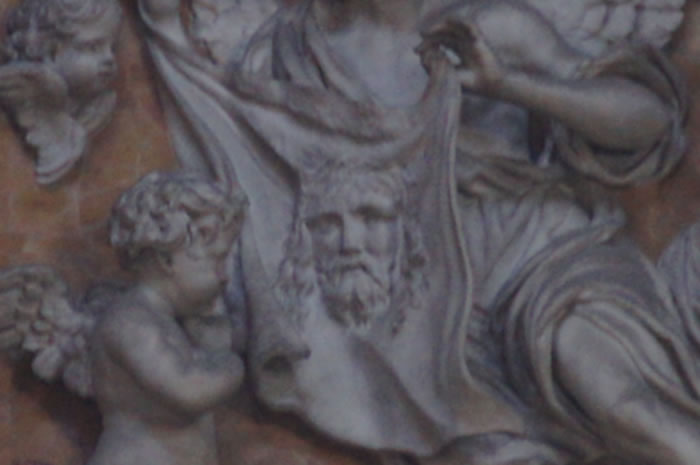 A contradiction carved in stone is revealed at the Pillar of St. Veronica in St. Peter’s Basilica in Rome. In the sculpture adorning the lower part of the pillar, created in 1646 by Francesco Mochi, Veronica is holding a sweat cloth on which a face with the eyes closed is visible. The angel over the balcony, on the other hand, which probably stems from the school of Gianlorenzo Bernini, bears a cloth showing a face with the eyes open. It resembles the sudarium of Manoppello – it is the face of Christ.

The work “Opusculum de Sacrosanto Veronicae Sudario” (Little Opus on the Most Holy Sweat Cloth of Veronica) by Giacomo Grimaldi, who undertook a detailed inventory of the treasures of the old St. Peter’s Basilica, likewise impressively documented the changes in the depictions of Christ during the 17th century. The Veronica is shown on the title page of the volume: in the 1618 and 1620 editions, it depicts the familiar face with open eyes, but in the verbatim copy from 1635 a different face with closed eyes is pictured.